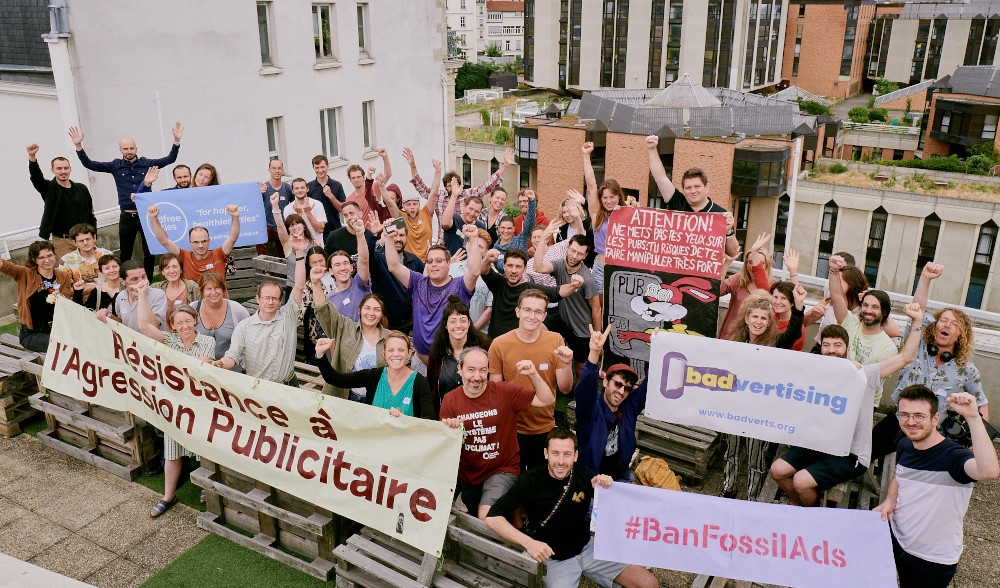 The Subvertisers International network and members of Résistance à l’Agression Publicitaire (RAP) met up in Paris across 23 – 26 June 2022 to connect, learn and exchange tactics and strategies for countering the dominance of advertising in our lives.

The gathering was a great success. After more than two years of organising online during the Covid19 pandemic, adding extreme pressure on local groups to keep the momentum going, it felt necessary to meet in person again to renew our ideas and inspiration. 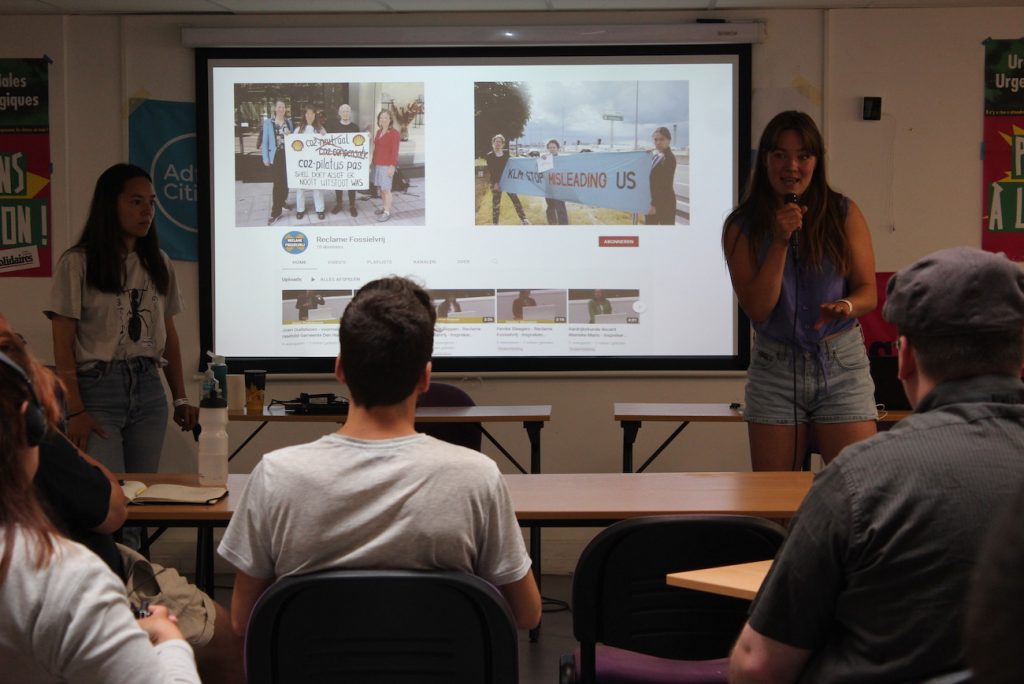 The gathering included presentations from members and allies of the network who reported on their own focus and strategies. It featured themed-workshops on the links between advertising and sexism, climate breakdown and digital surveillance. Introductions into the European Citizen Initiative against fossil ads and sponsorship and discussions about how we can overcome the failings of advertising regulators in each country.

There was also plenty of time for participants to deploy their creative skills in resistance to corporate advertising which culminated in taking direct action against some of Paris’ corporate ad spaces.

The presence of the French subvertising network, RAP, who were simultaneously holding their AGM and celebrating 30 years of resistance against corporate advertising provided a great opportunity to exchange and learn from each other.

“It is very encouraging to see how many initiatives and groups in and beyond Europe are active to reduce advertisement!” Leonhard, Weberfrei Austria 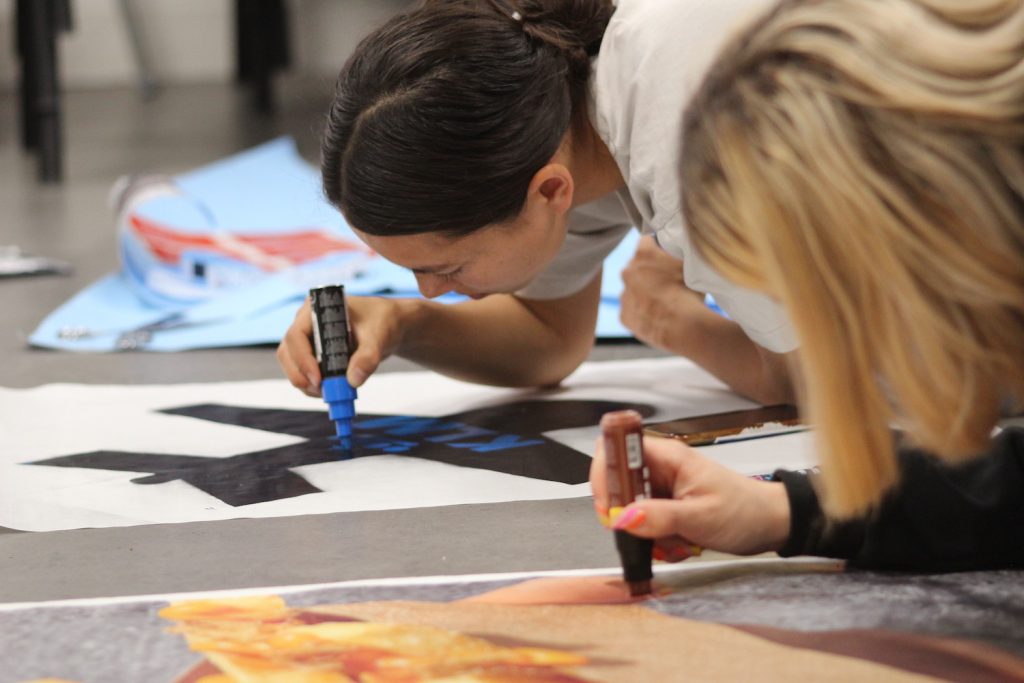 “So valuable and inspiring to meet anti-advertising activists from all over the world! Both strategical considerations we had and practical tools shared are used now at Reclame Fossielvrij. Very excited for collaborations in the future, like the ECI week in September.” Charlotte, Reclame Fossielvrij

What’s brewing up for the network?

With the deadline to collect signatures for the European Citizen Initiative for a ban on fossil adverts and sponsorship fast approaching, this is a crucial time for the network to mobilise. The gathering was the opportunity to take strategic decisions together on where we want the network to go next, formalise processes and recruit new members.

Expect more subvertising actions to come up soon on your doorstep. The Subvertisers are more energised than ever to take on corporate advertising! 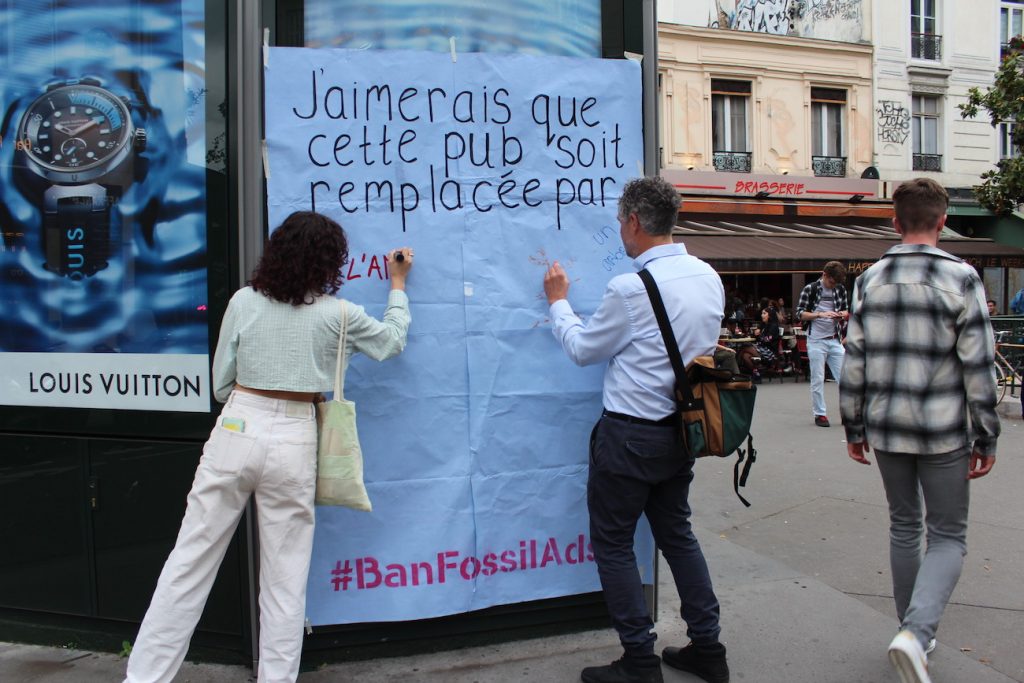 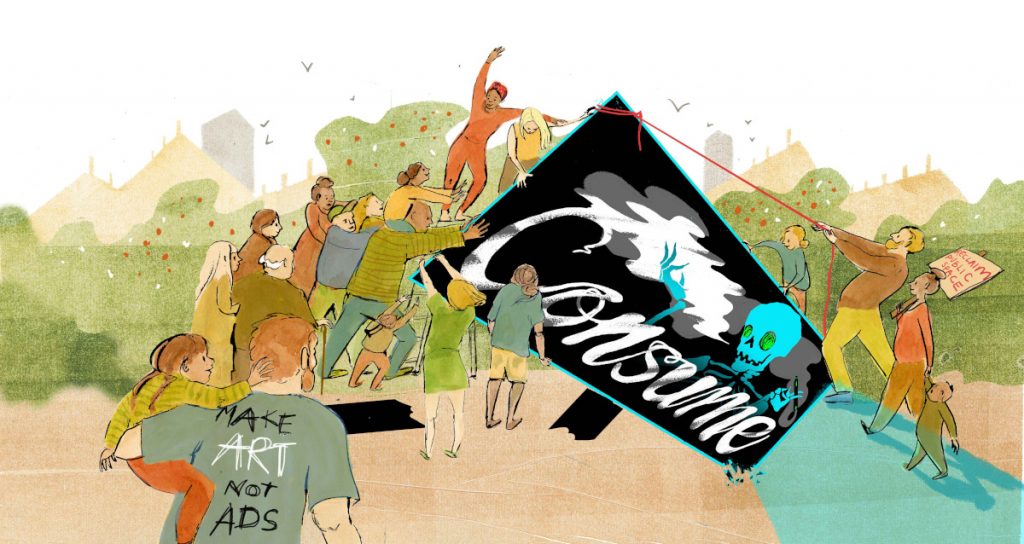 in person, in Paris

Friday 24th – Sunday 26th June 2022
We will join the General Assembly of RAP – and celebrate their 30th birthday too. It will be an important opportunity to re-build the international network after the covid19 pandemic.