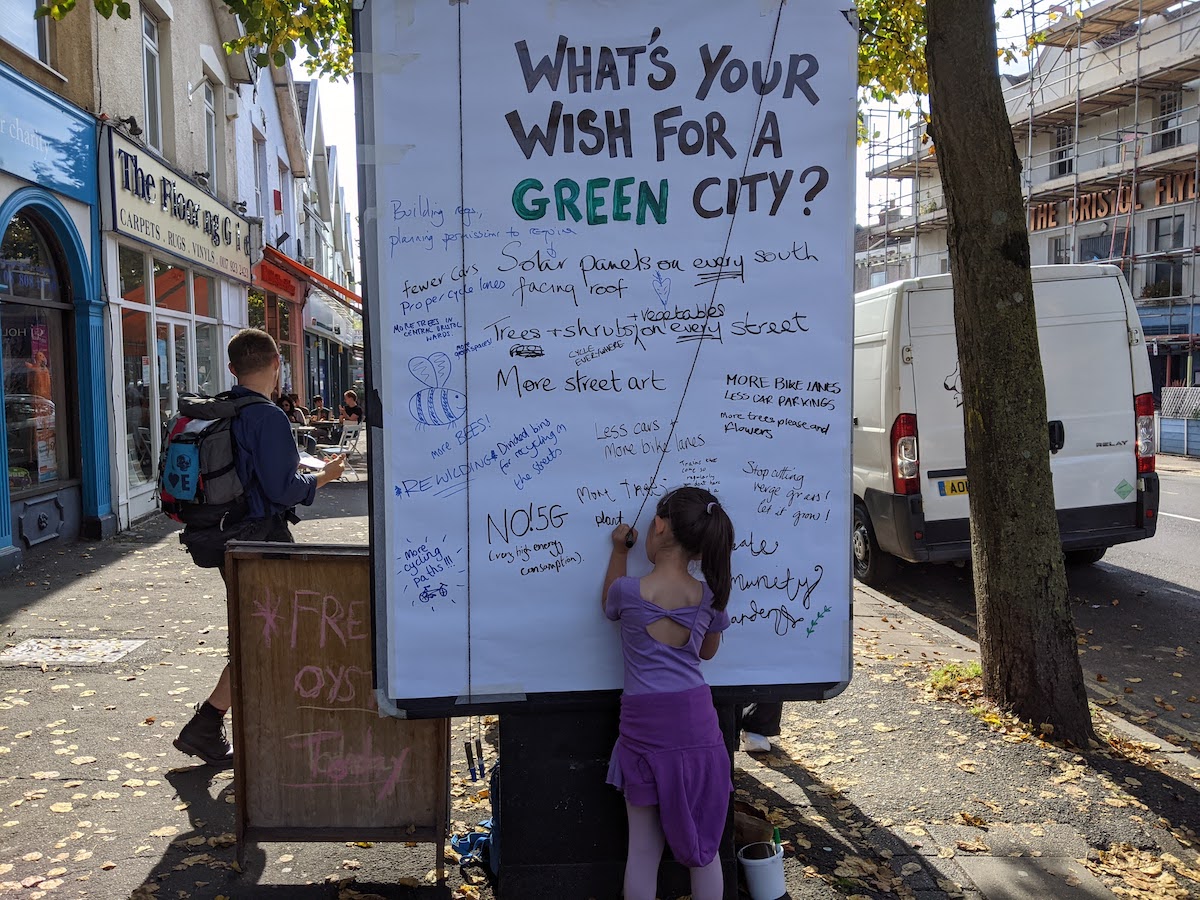 An action in Bristol saw three advertising sites across the city put to better use as part of four European days of action to ban fossil fuel advertising and sponsorships. Adblock Bristol, a group campaigning to prevent harmful advertising including for high-carbon products, covered up ads at a phone kiosk and standalone ad units with sheets of paper asking passers-by a question – “How are you today” and “What’s your wish for a green city?”. 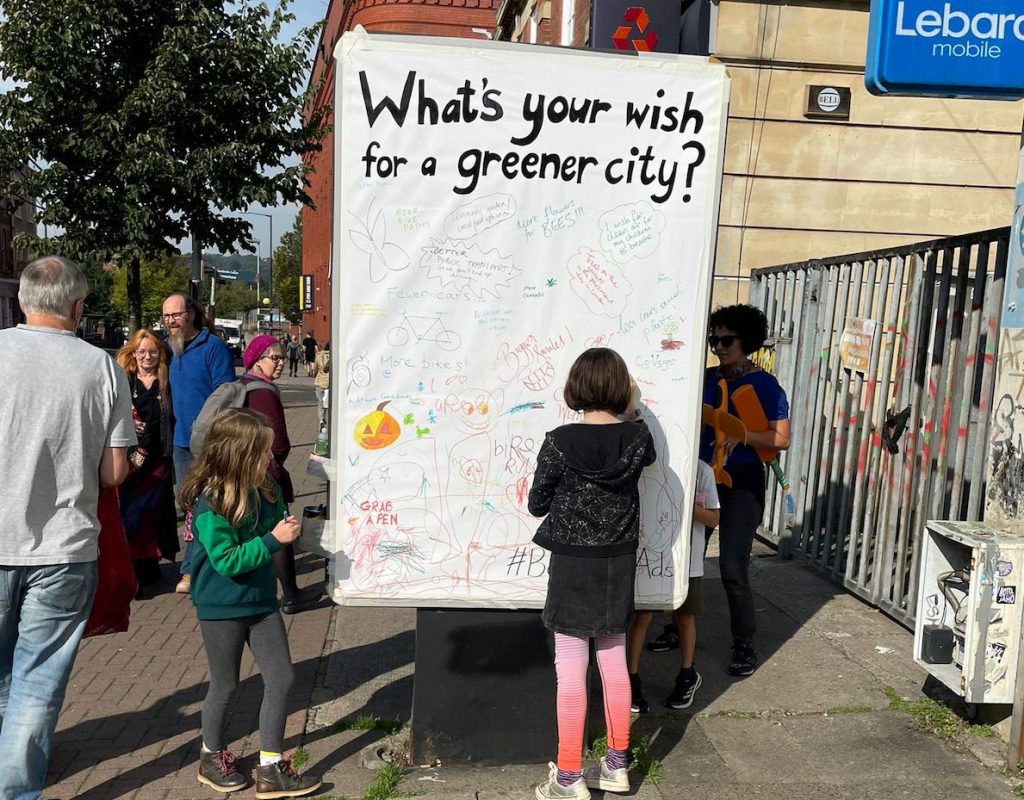 With colourful pens left for people to use over the day, the sheets of paper filled with Bristol residents’ thoughts on how to make the city green, from trees, bees and community gardens to fewer cars, safer bike lanes and more public transport. Rather than walking past adverts for big corporations selling consumerism as a way of life, people interacted with the space, taking time to read the comments and add their own words and drawings. 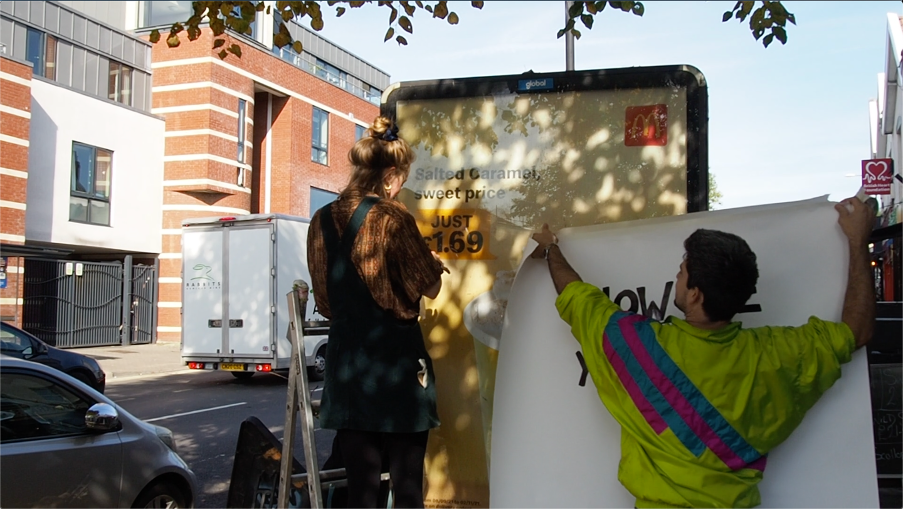 A part of the action, members of Adblock Bristol spoke to passers-by about the group’s current campaign to remove two of the city’s largest digital billboards, which overlook a busy motorway and shine directly into the windows of people living nearby. The screens use a huge amount of energy, broadcasting ads for fast fashion, junk food, airlines and cars that can be seen for miles. Conversations with residents taking part in the six-sheet cover up showed that the harmful effects of these and other digital advertising screens are felt throughout the city.

Like many city councils in the UK, Bristol has declared a climate and ecological emergency. Meanwhile, a growing number of places in Europe have recently moved to ban fossil advertising, including Norwich and Somerset in the UK and most recently the Hague.

Adblock Bristol and the Adfree Cities network are calling for UK government and local councils to match their advertising and sponsorship policies with climate emergency declarations, by removing energy-intensive digital screens and banning all advertising by companies selling fossil fuels or depending on fossil fuels, such as airlines and petrol, diesel and hybrid cars. 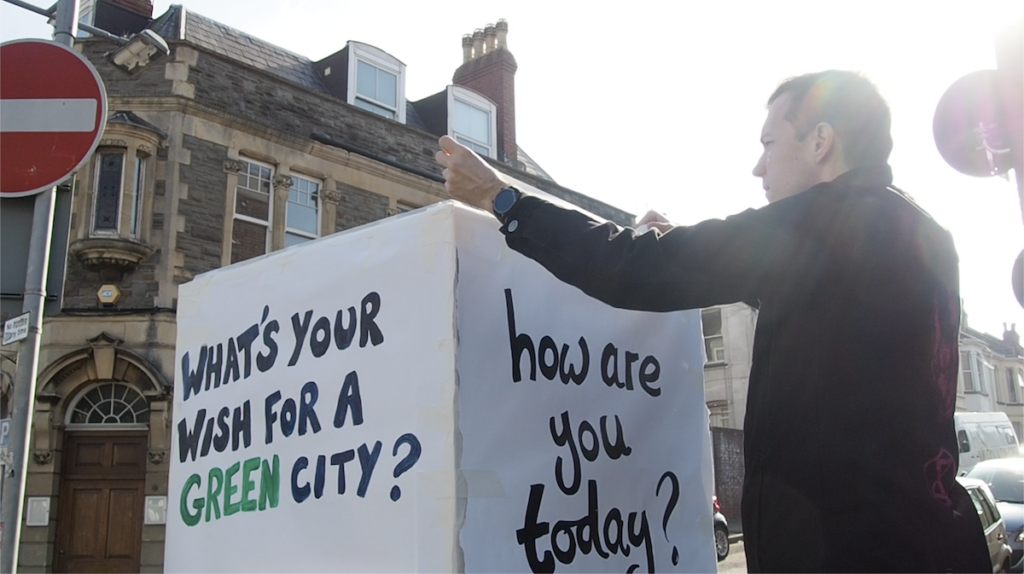 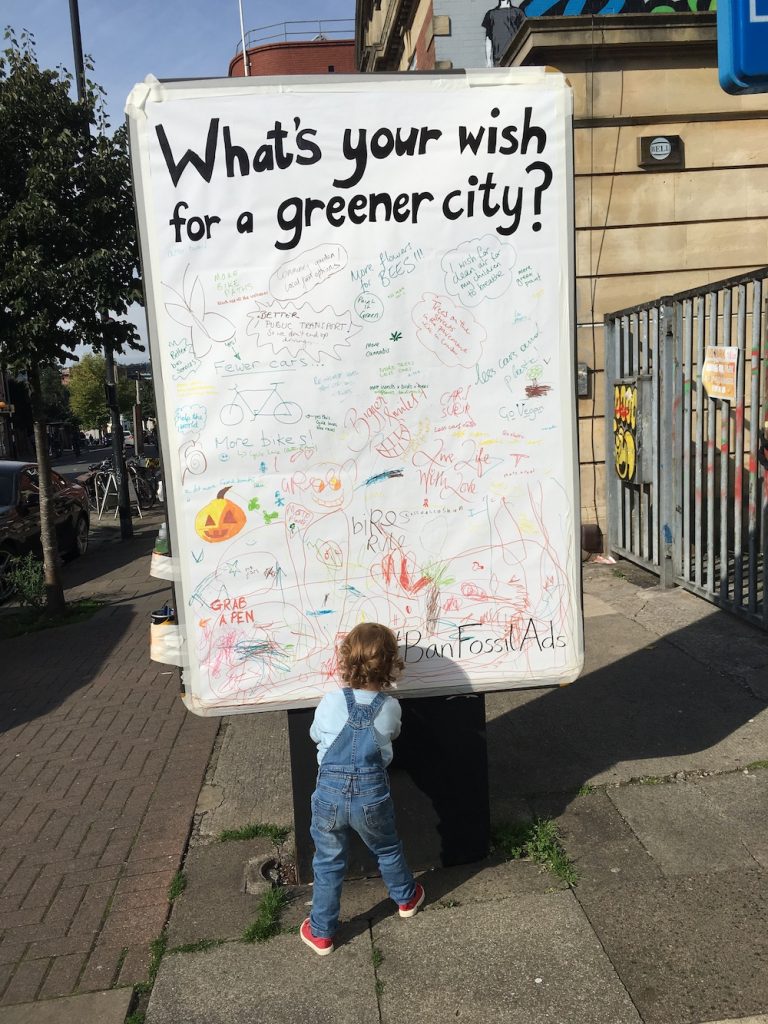