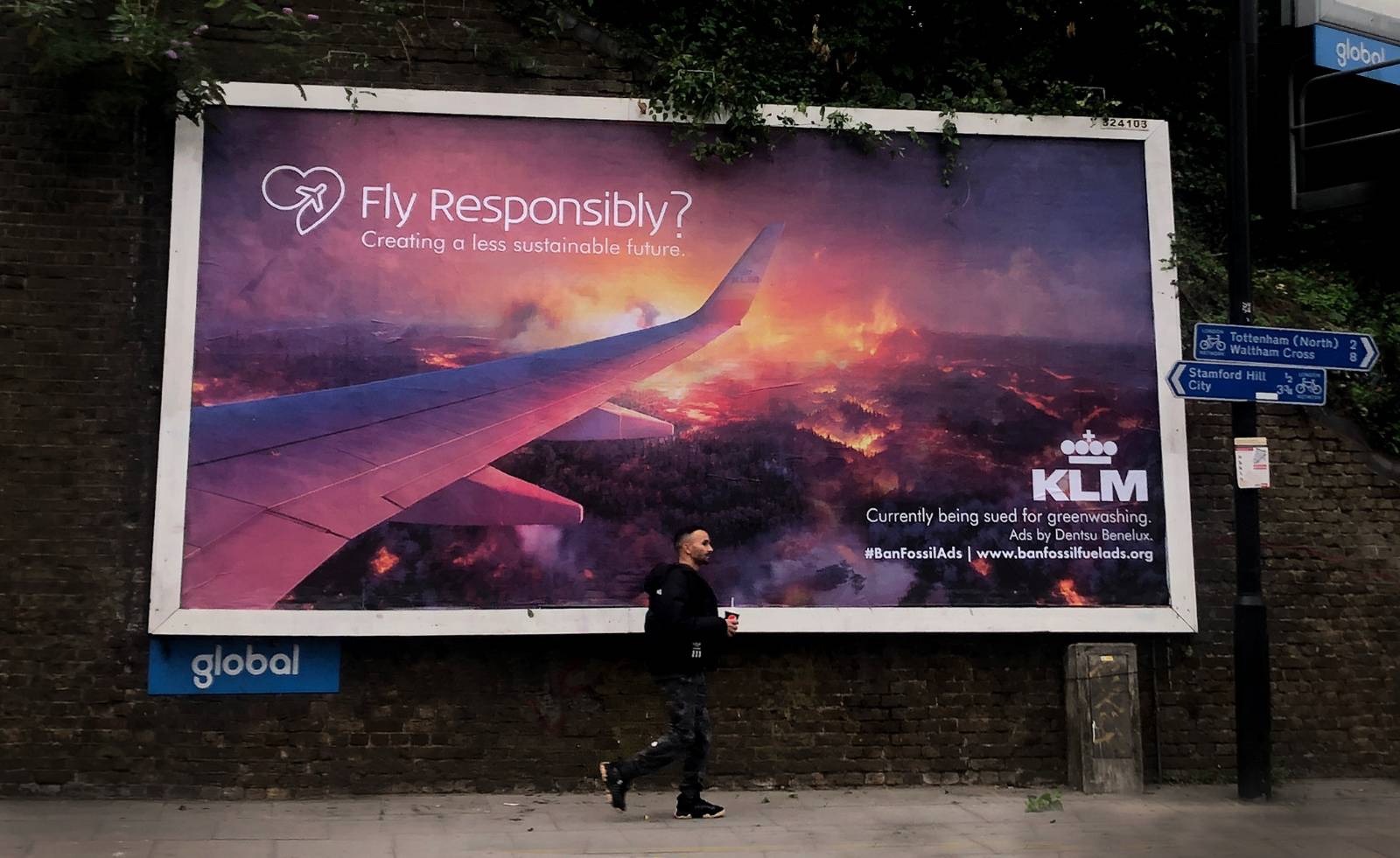 After a summer of unprecedented heatwaves and droughts, the Subvertisers International network and Brandalism have taken a stand against airline and airport advertising. Grassroots groups across major European cities have hijacked more than 500 outdoor advertising billboards with satirical images of airline adverts in an attempt to expose the airlines and their ad agencies’ role in driving up carbon emissions and to demand a ban on fossil advertising altogether.

These actions coincide with a week of mobilisation across Europe to give a last push to collecting signatures for the European Citizen Initiative to #BanFossilAds before the deadline at the end of October. In the United Kingdom, groups are calling on citizens to write to their local authorities to ban fossil ads.

Grassroots groups across 7 countries and 15 cities replaced commercial ads with satirical spoof airline adverts to expose the sector’s plans for increasing carbon emissions by driving up ticket sales while portraying themselves as climate conscious via slick greenwash advertising campaigns.

The spoof adverts include this one below spotted in Paris (France) blaming AirFrance for greenwashing their way through promises of “sustainable aviation fuels” while these only account for 0.05% of global jet fuel consumption.

In Amsterdam (Netherlands), it is the Dutch flight company KLM that is targeted at hacked bus stops. The company is currently being sued in court for its greenwash advertising.

In the cities of Liège (Belgium) and Bristol (UK) the subvertising actions are directed at both cities’ plans for airport expansion.

Liège Sans Pub are mobilising alongside other groups this Sunday to block plans for expansion. While in Bristol the resistance to the airport’s development is carried out by coalition groups like Bristol Airport Action Network (BAAN) and Bristol Airport is Big Enough (BABE).