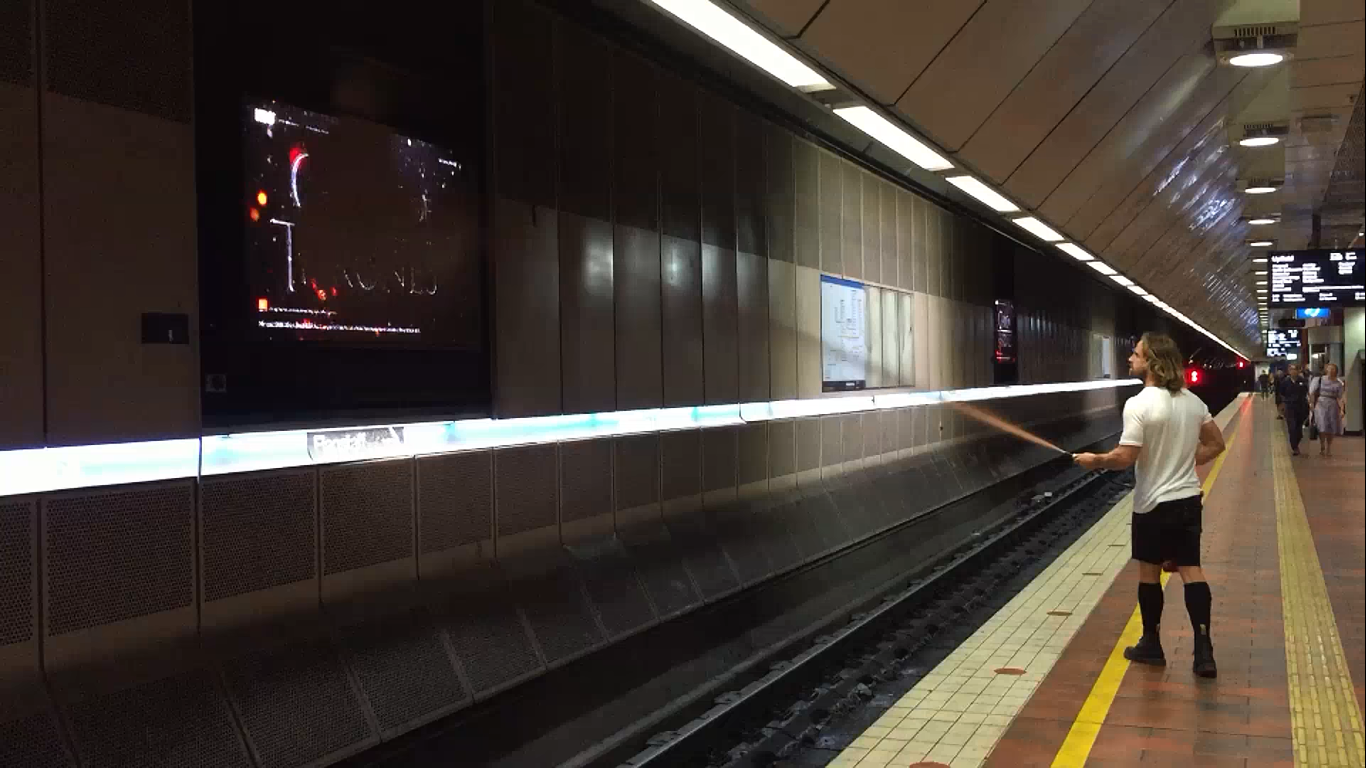 He uses open, non-violent civil disobedience tactics, not concealing his actions or identity from authorities, so was arrested and interviewed in relation to “criminal damage”.

He targeted these video screens as they show ads WITH  AUDIO!!!! to stationary commuters waiting on the platform, which makes the screens some of the most offensive advertising in Melbourne. 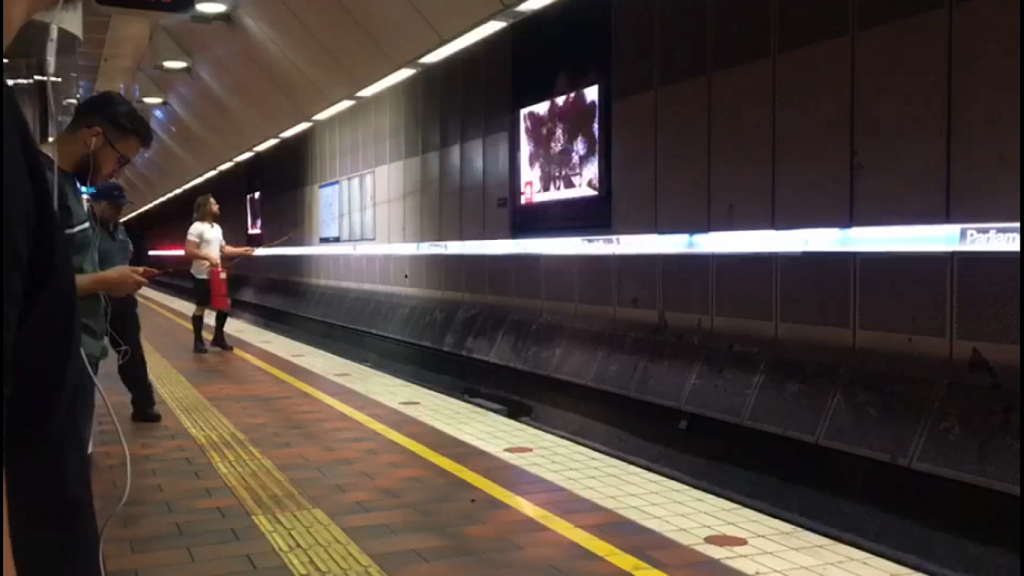 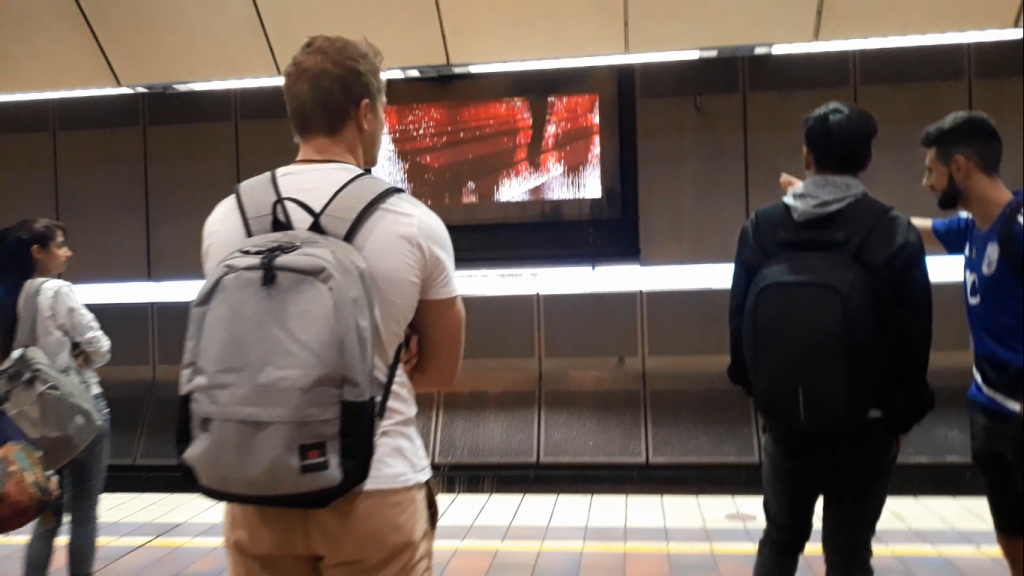 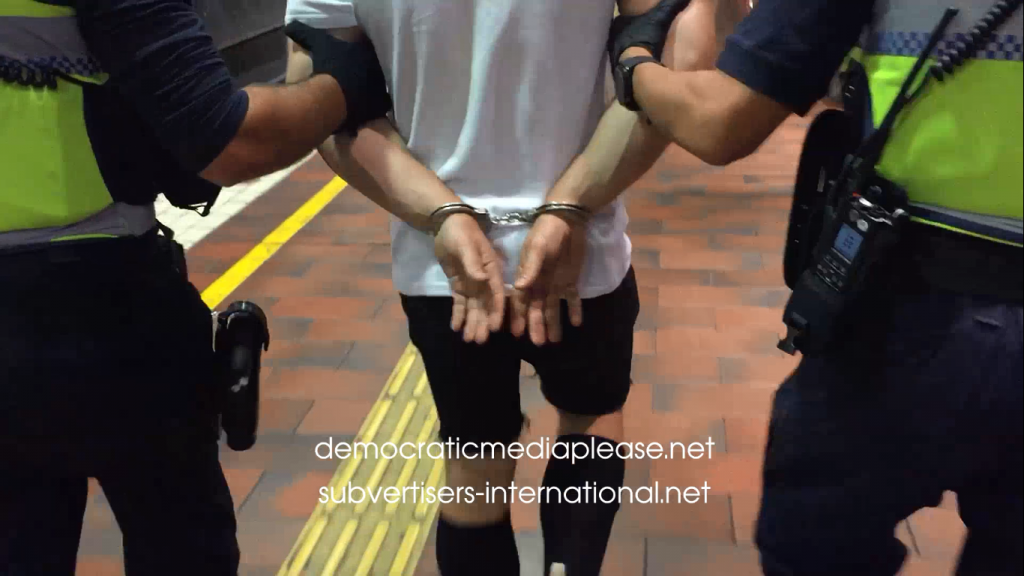