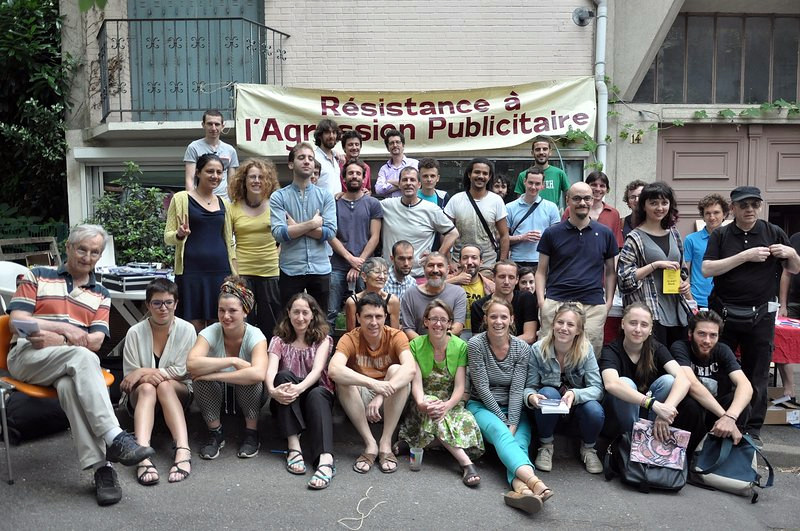 Some one hundred people participated in the intergalactic anti-advertising meeting on June 24 and 25 in Malakoff, a suburb of Paris. Two friendly constructive  days, including a review of the year 2016 with marked by two French national victories of Résistance à l’Agression Publicitaire (R.A.P.), a powerful extension of the anti-advertising fight, and the decision to launch a campaign against digital advertising screens.

On saturday morning, at its general assembly, the association R.A.P. (which means “Resistance to advertising aggression”) presented its moral and financial reports and then elected a new board. 2016 was a rich year with national victories on two advocacy files: the abolition of advertising aimed at children on public TV channels, and the withdrawal of the Macron Act decrees concerning large format advertising billboards in towns with a population of under 10,000. That year was also marked by major mobilizations, especially at the global level with Subvertisers International for the International Day against Advertising on March 25th (2016), and the strong involvement of RAP in the nation-wide operation, the Day of the Night. The general assembly also provide the opportunity to approve a new visual for the association.

Inter-active workshops and a festive evening

In the afternoon, several interactive workshops took place, organized with several networks of – or close to – the anti-advertising galaxy, dedicated to various themes such as consumer ideology, advertising in media, internet surveillance, and animals in advertising.

The weather was sunny, and the mood festive. After a dinner to raise money for Parisian activists who were fined during the March 25 mobilization, the day ended with a cabaret-party, featuring various performances (magic tricks, concerts, theater..) in celebration of the 25th birthday of R.A.P .

Objectives: Sustainability and the campaign against video screens 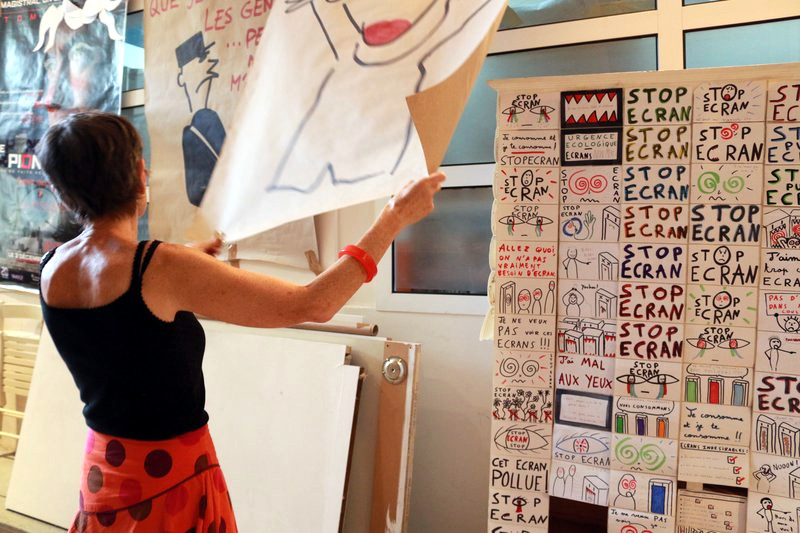 On Sunday June 25, R.A.P. made two major decisions. The first is to stabilize, strengthen and develop the team that does the daily work of the association. The second is to become involved at the national level in a priority campaign against video screens that proliferate, causing an environmental disaster and invading our public space and transports.

Sunday afternoon, members of the Belgian group Liège sans pub (Liège without ads) presented their fight during the past month to put an end to the municipal advertising billboard contract, as had been done in Grenoble (France). Then various workshops were held. An organisation for popular education through games named “UnderConstruction“, presented a game for the general public, which focused on advertising, over-consumption and cultural values. There were also practical workshops on making posters and exchanging subvertising tactics. For several people, these workshops were an entrance door into direct non-violent action against advertising aggression. 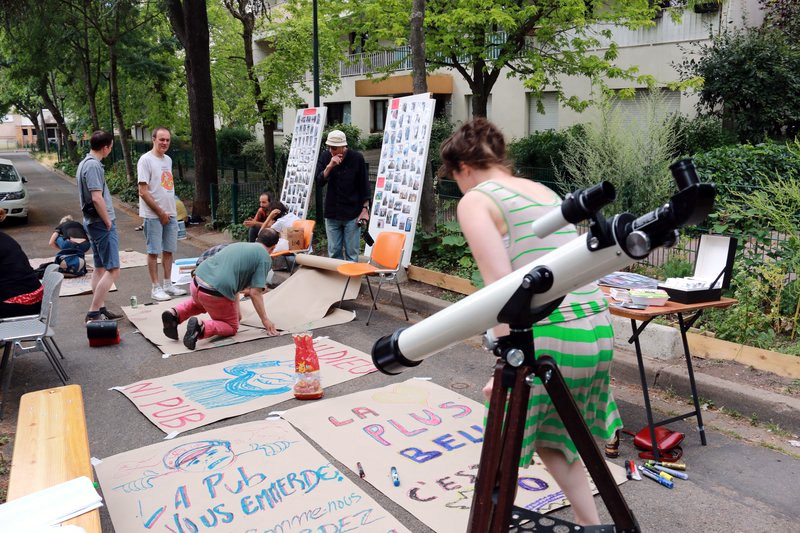 The second edition of “intergalactic meeting of antipub networks” kept its promises, and made considerable headway in structuring the movement. There are new local groups of R.A.P. (Bourges, Montpellier and Caen) bringing to 15 the number of French cities where local groups are inter-connected at the national level. Links with like-minded networks are forming and enthusiasm is on the raise.