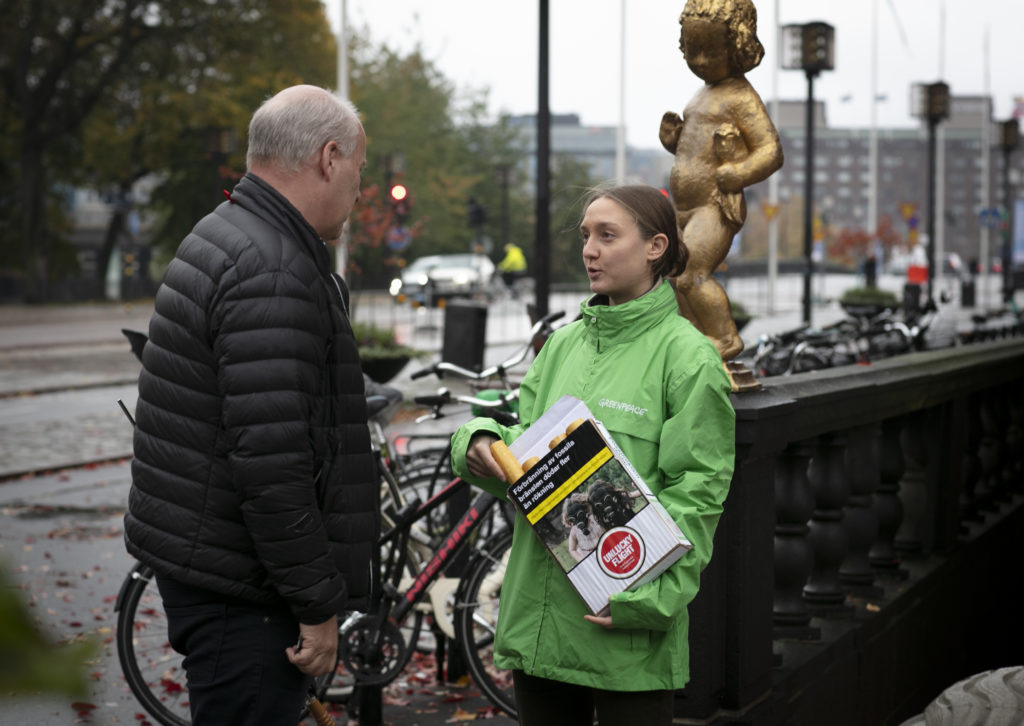 Volunteers from Greenpeace Stockholm stood outside of city hall on Wednesday handing out cigarettes stuffed with a new report that highlights that two thirds of fossil fuel ads are greenwashing. 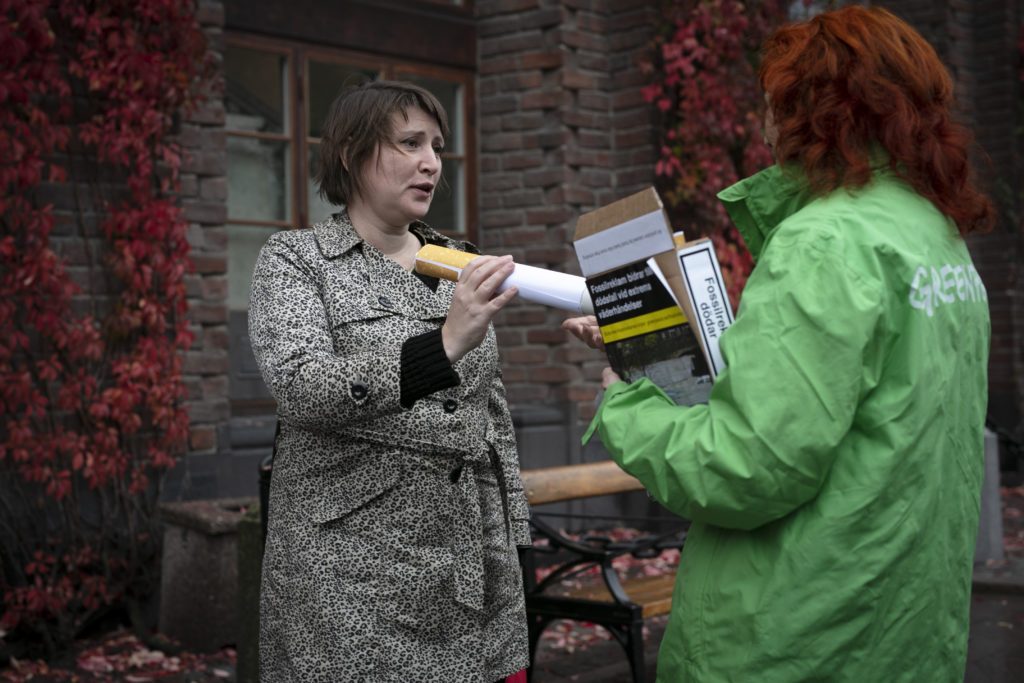 Politicians in Stockholm were in the process of debating a motion to ban fossil fuel advertisement in the city controlled advertising spaces. Activists engaged with politicians as they entered the building to raise concerns that out public space is currently being used to legitimise and greenwash a destructive industry.

It is possible to ban harmful advertising, as shown by the ban on tobacco advertising. Like tobacco, fossil fuels seriously damage our health and that of the planet. We have an opportunity to undermine polluting industries licence to operate by calling for all cities to #BanFossilAds.

In the EU, join the call to ban fossil advertising by signing the European Citizen’s Initiative.

In the UK, write to your local politicians to ban harmful ads, and join or start a local anti-advertising group: https://adfreecities.org.uk/action/