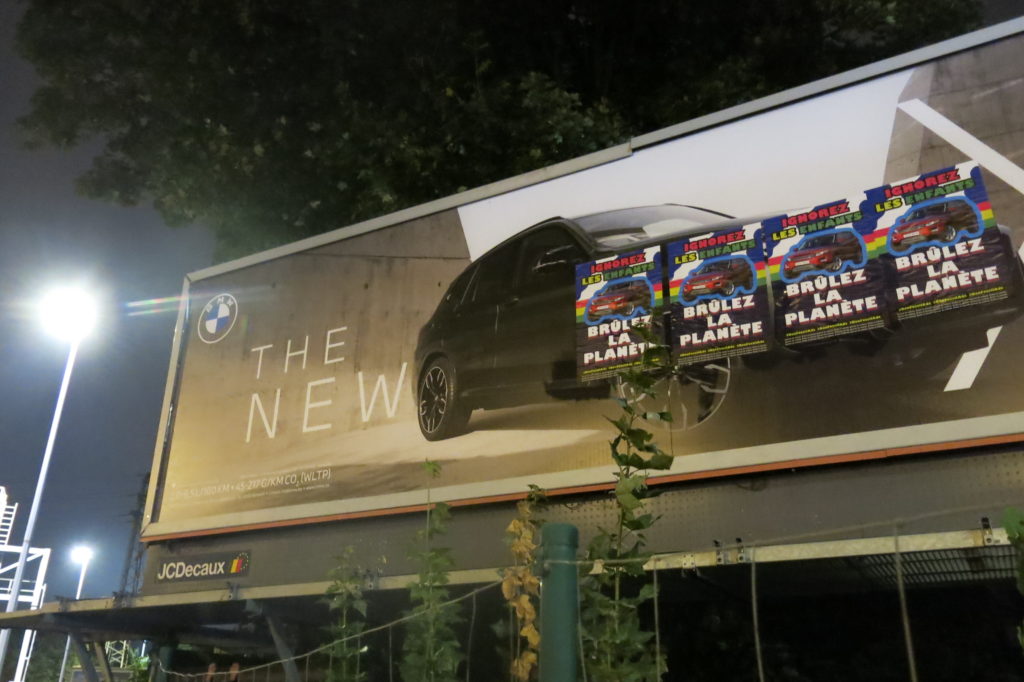 On Wednesday 6th October 2021, activists from the collective Liège Sans Pub plastered about a hundred subvertising posters across the city of Liège in Belgium. The placards read “Ignore the kids, burn the planet” featuring a big SUV model from the brand Land Rover – the UK’s most polluting carmaker (the brand was recently accused of misleading advertising and 96 complaints were sent to the UK advertising regulator). 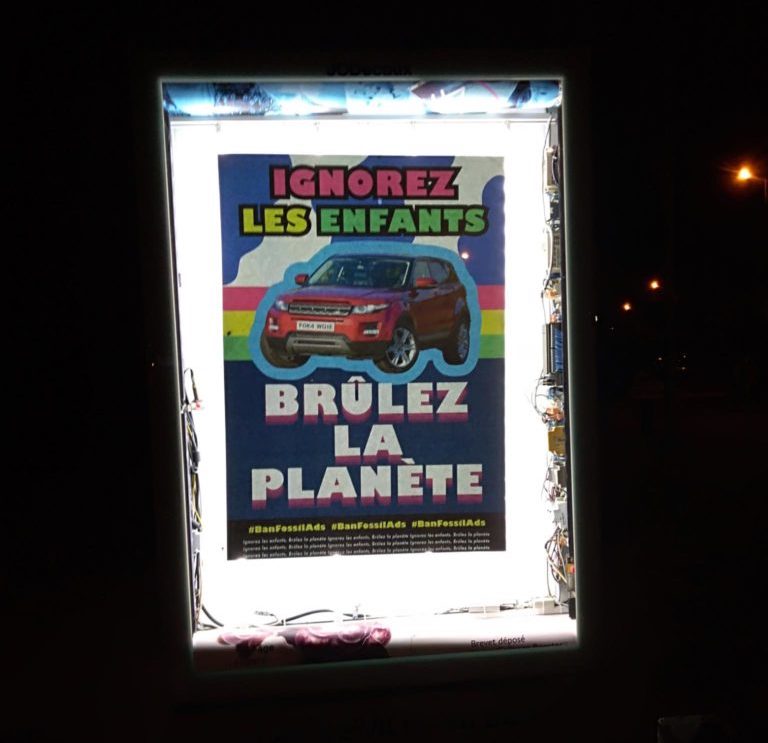 This action marked the start of the European days of action against fossil advertising and sponsorship (7-10th October) with a wave of actions taking place across Belgium, France, Sweden, Denmark, the Netherlands and the UK.

Their action got media coverage in the local press and on TV. When asked about the purpose of their action, activists decried:

“Advertising’s role in upholding an economic system which is itself responsible for the climate emergency we are now facing. Not only are these adverts promoting damaging products but via greenwashing marketing, they help strengthen these companies’ social licence to operate.”

The anti-advertising group Liège Sans Pub was formed when the city of Liège signed up a partnership with international advertising firm JC Decaux. Their principal aim is to end advertising in the public space while simultaneously raising issues related to the critique and regulation of advertising. For several years, the group has taken part in actions against car advertising during the annual Belgium motor show . 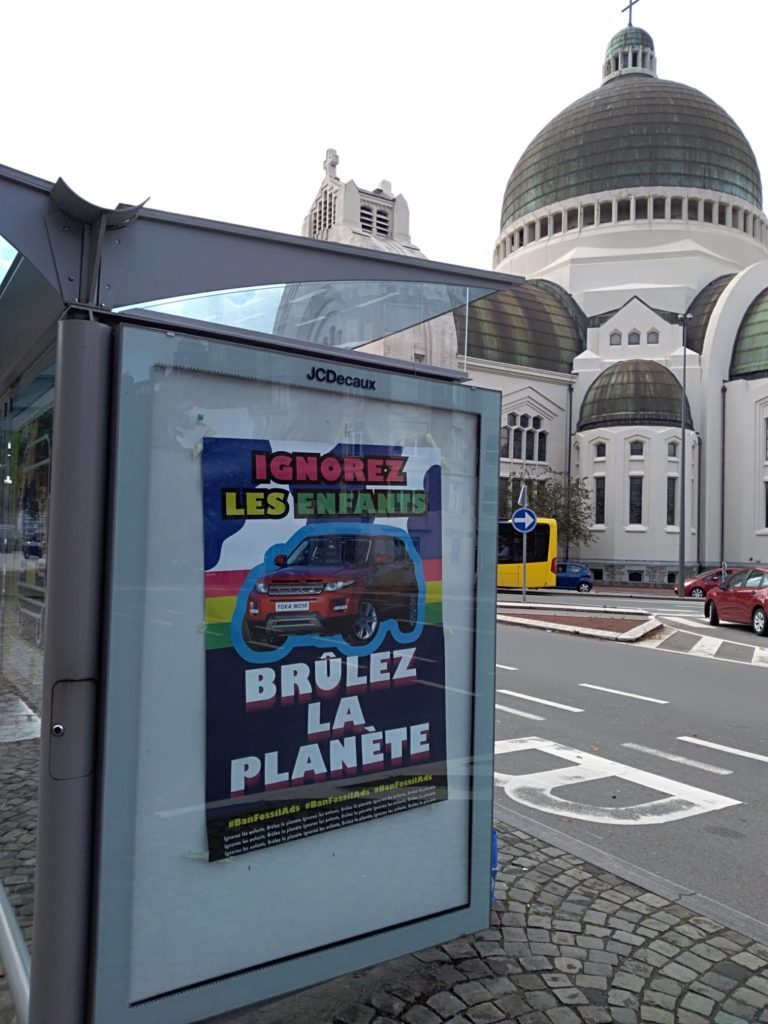 This action marked the launch of a 2021 European Citizen Initiative to ban fossil ads and sponsorship. If you are a European citizen you can sign it here: https://europa.eu/citizens-initiative/initiatives/details/2021/000004_en

Take action against harmful advertising, including high-carbon ads, in the UK: https://adfreecities.org.uk/action/